Ramiro and Orphalinda Peña have been in ministry for 40 years. This year, 2021, marks the 30th Anniversary of the church they founded, Christ the King Church in Waco, Texas.  Since that time, they have expanded their reach from a few college students in Waco to a world wide ministry.  They have planted 14 other churches in Texas, Mexico, Cuba, and India.

Pastor Ramiro  travels extensively preaching the gospel and ministering to world leaders. He has a television ministry in both English and Spanish that reaches all 50 states and 120 countries. His message to the world is Lift Your Vision Higher!

Join us as we celebrate the 30th anniversary of Christ the King Church with special guest the 70th Secretary of State Mike Pompeo. 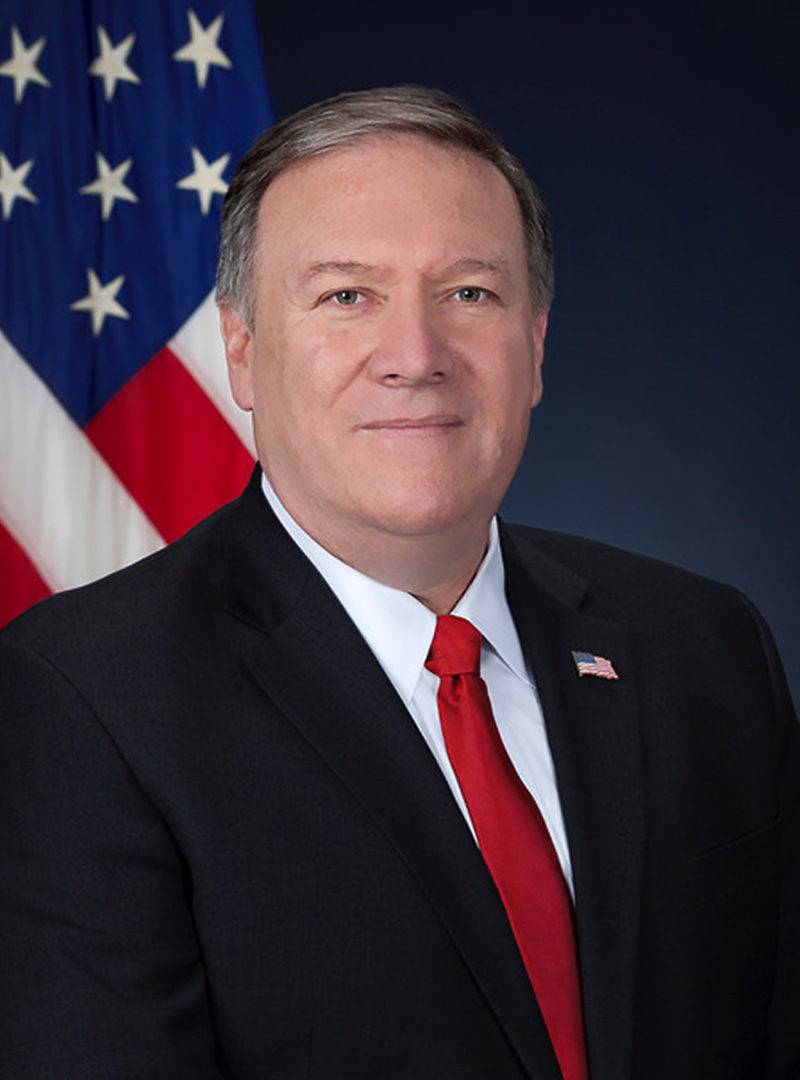 Michael R. Pompeo is a distinguished fellow at the Hudson Institute. At Hudson, his work focuses on promoting U.S. national security, technological leadership, and global engagement. His mission with CAVPAC is to protect and defend against current attacks on our faith, our families and our freedoms by offering the American conservative counter in intellectually sound, relatable, engaging and hope filled ways.

From April 2018 through January 2021, Mr. Pompeo served as United States Secretary of State. He previously served as director of the Central Intelligence Agency from January 2017 to April 2018.

As our nation’s most senior diplomat in his role as 70th United States Secretary of State, Mr. Pompeo helped to craft U.S. foreign policy based on our nation’s founding ideals that put America first. America became a massive energy exporter and a force for good in the Middle East with real peace cemented in the Abraham Accords. Mr. Pompeo placed special emphasis on renewing alliances with key allies, including India, Japan, Australia, and South Korea.

Mr. Pompeo’s time at the State Department marked the end of naïve engagement with the Chinese Communist Party, pulling back the curtain shielding the egregious acts of the CCP that threaten American jobs and freedoms. Mr. Pompeo focused efforts on calling out and punishing perpetrators of attacks on basic human dignity in places like Venezuela, North Korea, Iran, Nigeria, China and elsewhere.

Mr. Pompeo also led a team that executed America’s largest ever global repatriation effort in the wake of the Covid-19 pandemic.

Prior to joining the Trump administration, Mr. Pompeo was serving in his fourth term as congressman from Kansas’ 4th District. He served on the House Intelligence Committee, as well as the Energy and Commerce Committee and House Select Benghazi Committee.

Mr. Pompeo graduated first in his class at the United States Military Academy at West Point in 1986 and served as a cavalry officer patrolling the Iron Curtain before the fall of the Berlin Wall. He also served with the 2nd Squadron, 7th Cavalry in the US Army’s Fourth Infantry Division.

After leaving active duty, Mr. Pompeo graduated from Harvard Law School, where he was an editor of the Harvard Law Review. Immediately following law school, Mr. Pompeo worked as an attorney at Williams & Connolly.

Mr. Pompeo is originally from Orange, California. He is married to Susan Pompeo and has one son, Nick.

Partner with us as we reach into the halls of power and speak life, freedom, love, and grace to the nations.

Includes Bronze benefits plus eight VIP
reception invitations, four pictures with
the 70th Secretary of State Mike Pompeo,
and two invitations to a private meet and
greet with Secretary Pompeo

Includes two tables, a mention in the program,
16 VIP reception invitations, eight pictures
with the 70th Secretary of State Mike Pompeo,
and four invitations to a private meet and
greet with Secretary Pompeo

About
Our Mission
Leadership

Thank you for Partnering with us! Please complete the form below.